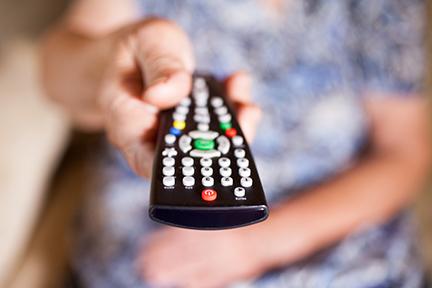 The government has confirmed that over 75s will not be charged for a TV licence until August, a timely move as that age category faces the possibility of self-isolation in the fight against covid-19

The original plan was to start charging over 75s the annual licence fee of £154.50 from 1 June, now the charge will come into force from 1 August 2020.

In a joint statement the BBC and Department for Digital, Culture, Media & Sport said: ‘The BBC and the government have been discussing the national coronavirus situation.

‘Changes to the TV licence for people aged over 75 had been due to come into effect on 1 June. But during this time we do not want anyone to be worried about any potential change.

‘The BBC’s priority over the coming period will be to do everything we can to serve the nation at this uniquely challenging time. As the national broadcaster, the BBC has a vital role to play in supplying information to the public in the weeks and months ahead.

‘Recognising the exceptional circumstances, the BBC board has therefore decided to change the start date of the new policy. Our current plan is to now bring it into place on 1 August. We will of course keep the issue under review as the situation continues to evolve.’

Over three million pensioners were set to lose their free TV licences following the BBC’s decision to charge pensioners as a result of changes to the BBC charter. Only those seniors receiving pension credits – an estimated 1.46m – will be exempt when the charge comes into effect.

Non payment of a TV licence can result in a fine of up to £1,000 or even a custodial sentence.

There was strong opposition to the removal of the benefit, with concerns about the impact on older people, particularly due to a higher risk of social isolation, and that any ‘decision other than copying the existing concession would affect more women than men, more of those from a BAME background, and more disabled people and people with long-term health issues like dementia’.

In addition, the TV licence does not take into account sole occupancy, with people living alone having to fund the cost of the licence from a single income.

The decision to pare back the scheme followed a three-month public consultation, which closed in February 2019.

BBC to scrap free TV licences for over 75s