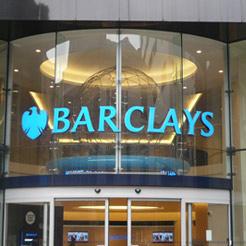 Barclays, one of the early signatories to the Treasury’s Women in Finance charter, has come under fire for a ‘shocking’ gender pay gap at its investment bank, where female employees are paid on average half as much as male colleagues

Barclays International’s pay gap is one of the widest disclosed so far, following the 46% gap at easyJet and the 38% gap at Virgin Money.

Nicky Morgan, chair of the Treasury committee, said: ‘On average, women at Barclays International are paid half as much as men. For this to be the case in 2018 is shocking.

‘Barclays has signed up to the Women in Finance Charter, which commits signatories to supporting the progression of women into senior roles in the financial services sector. One way of reducing the gender pay gap is to increase the proportion of women in more senior roles, so it appears that Barclays is on the right track.’

In the annual report, Barclays said ‘we proactively set gender targets and we have made good progress towards these targets’.

The report states: ‘We recognise that tackling the gender pay gap will take time and therefore it is key that we remain focused on improving gender diversity through a workplace environment and culture that supports and empowers women.

‘At Barclays, our focus goes beyond simply addressing the gender pay gap and extends to our internal and external gender equality commitments. Across both our organisation, and in the financial services industry, we are dedicated to enabling women to fulfil their career aspirations. To achieve this goal and thereby narrow our gender pay gap, we will continue to focus on ensuring there is no bias in the hiring, promotion, development and retention of women at Barclays.’

All UK companies employing more than 250 people have to publish gender pay gap figures by a deadline of April this year.

Morgan said: ‘As part of our Women in Finance inquiry, we will keep a close eye on organisations as they report their gender pay gap before the April 2018 deadline.

‘We may call for organisations to give evidence to the committee to hear about best practice. Financial firms should be prepared to explain any gender pay gap that they may have.’