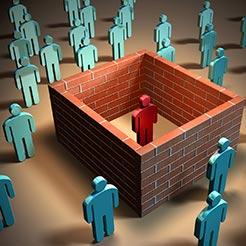 Addrees Ahmed will be joined on the disqualified directors register by his wife, Robina Shaheen, after she allowed her husband to control the payroll company, called Academy Management Services Ltd. She has been given a six-year ban.

Academy Management Services was incorporated in August 2016 with Shaheen listed as one of the registered directors. Ahemd was not appointed a director and never was at any point during the company’s existence.

Ahmed was made bankrupt upon his own petition in December 2016 and that meant, amongst other restrictions, that he was restricted from acting as a director of a limited company.

However, he acted as a director of the payroll company, while his wife played no role in the management of Academy Management Services and instead passed the control over to her husband.

In April 2017, the company entered into insolvency proceedings and despite having a duty to co-operate with the appointed liquidator, Ahmed failed to maintain and/or deliver up Academy Management Services’ books and records.

This failure has meant that the liquidator and the Insolvency Service have been unable to establish why the payroll company failed to disclose to the tax authorities £91,510 worth of funds paid to Academy Management Services by a third party for contracted work.

Dave Elliott, chief investigator for the Insolvency Service, said: ‘Both Addrees and Robina are culpable for their actions. Addrees knew of his restrictions, whilst Robina as a registered director failed in her duties to ensure the payroll company was managed properly.

‘We will continue to investigate the conduct of directors and where there is sufficient evidence, as there was in this case, instigate disqualifications proceedings in the public interest.’