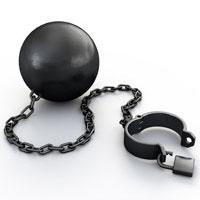 A bankrupt Oxfordshire barrister, who failed to declare his earnings or pay income tax, national insurance and VAT, has been jailed for three years after pleading guilty to a £274,000 tax fraud following an HMRC investigation

His bankruptcy came less than a year after he had left chambers and set up as a self-employed legal expert specialising in insolvency cases and commercial, company and property law.

HMRC investigators became suspicious when they discovered that Roberts was trading while making no declaration to HMRC. He was issuing invoices and charging his clients VAT, using an old VAT registration number.

At Reading Crown Court, Roberts pleaded guilty to cheating the public revenue and was sentenced to three years imprisonment. He also pleaded guilty to one charge of perjury after admitting that he had lied in responses given to the Official Receivers during the bankruptcy proceedings.

John Cooper, assistant director, criminal investigation, HMRC, said: ‘Roberts was a legal professional in a position of trust, well aware of his tax obligations and that he was breaking the law.

'He chose to overlook this to make what he assumed would be easy money at the expense of UK taxpayers and now he has to pay the price.’

HMRC was principal creditor to the bankruptcy and was owed around £700,000. The majority of the debt has not been paid.