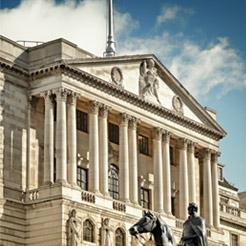 The Bank of England has cut base rate to 0.25% and announced a package of measures to support businesses to deal with the economic shock from Covid-19

These measures will help to keep firms in business and people in jobs, and help prevent a temporary disruption from causing longer-lasting economic harm, the Bank of England said.

The Monetary Policy Committee (MPC) voted unanimously to reduce bank rate by 50 basis points from 0.75% to 0.25% at an emergency meeting on 10 March. This takes the rate back down to its lowest level last seen after the EU referendum in June 2016

As part of a support scheme, there will also be support to underwrite additional funding for SMEs, financed by the release of central bank reserves through a new term funding scheme.

Additional funding will be available for banks that increase lending, especially to small and medium-sized enterprises (SMEs). Experience from the term funding scheme launched in 2016 suggests that the TFSME could provide in excess of £100bn in term funding.

This is designed to incentivise banks to provide credit to businesses and households to bridge through a period of economic disruption; and provide additional incentives for banks to support lending to SMEs that typically bear the brunt of contractions in the supply of credit during periods of heightened risk aversion and economic downturns.

Bank of England governor Mark Carney said: ‘This is not like the 2008 financial crash as banks have substantial liquidity. Unlike 2008, it is not the banks that are causing the problem, they are providing the solution.’

Together with the TFSME, this means that banks should not face obstacles to supplying credit to the UK economy and to meeting the needs of businesses and households through temporary disruption. The reduction in interest rate is unlikely to be passed on to mortgage holders.

Carney also confirmed that the Bank had been working closely with the Treasury and had seen the Budget, hinting that a major investment programme will be announced by the Chancellor Rishi Sunak later today.

Ayush Ansal, chief investment officer at Crimson Black Capital, said: ‘The Bank of England has made a massive pre-emptive strike to reduce the potential impact of Covid-19 on the UK economy.

‘The measures announced just hours before the Budget may prove to be unnecessary but the Bank of England has chosen to err on the side of caution and most will see this as the right move.

‘The coronavirus represents a huge unknown for markets, economies and consumers and the Bank has put its weight behind them.

‘The worry is that a sensible and precautionary move will simply add to the panic gripping the country.’