BAME 2020: one in 250 partners is black at top eight accountancy firms 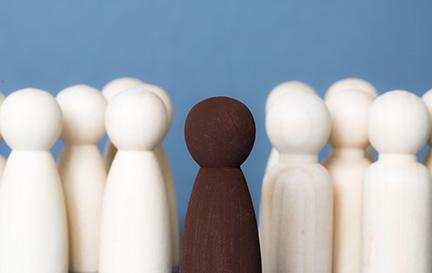 Accountancy Daily’s survey of ethnic diversity within the UK accountancy profession shows there are only 17 black partners in the top eight firms despite signs of increasing black, Asian and minority ethnic representation among staff

The survey, BAME 2020, reveals that there are currently only 17 black partners among the top eight accountancy firms (ranked by fee income) of PwC, Deloitte, EY, BDO, Grant Thornton, RSM and Mazars. However, this is an improvement on Accountancy Daily’s last survey, carried out in 2018, which showed there were 12 black partners, an average of one and a half per firm.

The picture improves for those from an Asian heritage: 237 partners (5.5%) are Asian, with a further 36 (0.8%) minority ethnic partners. But with nearly 16% partners whose ethnicity is unknown, that leaves 77.5% of partners who are white.

The news comes at a time of growing pressure on the accountancy profession to improve its record on ethnic diversity. As momentum grows behind such movements as Black Lives Matter, the firms are reacting to demands for more rapid change: in July, Deloitte published a black action plan while EY released its commitment to anti-racism in the UK, outlining the actions that it would be taking to ensure rapid change, especially for its black staff.

Sayeh Ghanbari, EY’s diversity and inclusion (D&I) sponsor partner, said: ‘We know that progress on racial equality hasn’t been fast enough and that there is more we must do.’

Rob Donaldson, RSM’s chief executive, said: ‘As a firm we recognise that there is a great deal of work to be done to grow our own BAME community, and that of the wider professional services sector.’

EY has the most ethnically diverse partnership, with nearly 10% coming from a BAME background. KPMG has 8% BAME partners, closely followed by PwC at 7.8%, with Deloitte at 5.7%. Grant Thornton’s partnership is 6.9% BAME, at BDO the figure is 4.1% while RSM and Mazars both have 3%.

FTSE 100 auditors survey - Is the party over?