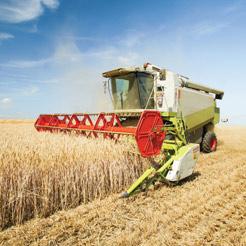 A taxpayer has won her appeal at a First Tier Tribunal (FTT) against penalties for late submission of partnership and personal tax returns, on the grounds that her husband’s lack of co-operation on financial issues during an acrimonious divorce provided her with a reasonable excuse for the late submissions and for some of the late payment which resulted.

The case concerned a husband and wife who were in two partnerships in farming and building businesses, which both traded until 28 February 2013. [Eugena Porter and the Commissioners for Her Majesty’s Revenue and Customs, [2016] UKFTT 0401, TC 05156].

The tribunal heard that Porter looked after the administration and bookkeeping and cast a general oversight over both businesses’ operations, including two farms. She and her husband separated in January 2008 when he left the matrimonial home. Their relationship became increasingly embittered and from end August 2010 her husband excluded her from the businesses’ premises and denied her access to the businesses’ accounting records and bank accounts even although she had a substantial balance at credit of her capital account.

In her evidence, Porter explained she had no access to business records after August 2010 and so could not estimate profits. Further, her ex-husband changed the businesses’ accountants without telling her.
She only received the draft 2010/11 return for herself in May 2012 and although she signed and delivered it to the accountant without delay, it was not submitted by them to HMRC until about August 2012.

Despite this, Porter did pay over £25,000 towards settlement of tax due when she was visited by HMRC in about October 2012, using money she had saved from drawings from the building partnership. These used to be £5,000 monthly, but her husband had reduced it to £3,000 after August 2010, while her personal rental income of £500 monthly had been paid into the building partnership’s account, which she could not access.

The FTT allowed the part of the appeal in relation to the late partnership returns as it considered that Porter had a reasonable excuse for the late submission. She was not the nominated or representative partner, and had been excluded from the management and direction of both partnerships at the material time. It was reasonable for her to assume that the firm's accountants, who had been instructed regularly by her husband, would attend to their preparation and submission on time.

The FTT also found that Porter had a reasonable excuse for the late submission, as she had relied on the partnerships’ accountants to prepare the return on her behalf as previously. The tribunal accepted that she did not become aware of the failure until after the submission deadline when she received a letter from HMRC.

The FTT was critical of HMRC’s suggestion in its evidence that Porter should have submitted a return herself with estimated figures, describing this argument as ‘strained’.

The tribunal pointed out that Porter had no access to business papers after January 2010 and could not get copies of previous returns. In any event the profits of the building partnership in particular were volatile given the effects of the recession, while problems with valuing the partnership’s land bank compounded this difficulty.  The FTT was satisfied Porter acted as soon as practicably possible after becoming aware of the failure to lodge the return.

The most problematic issue for the FTT was the question of the penalties imposed for late payment of tax, as it was difficult to establish exactly what monies Porter had available to her at what point. The FTT considered that the penalty should be recalculated having regard to there being some modest capital available during the relevant period, but that Porter’s ability to deal with the full value of her capital assets was severely restricted by the acrimonious divorce.

Meg Wilson, CCH tax writer, said: ‘This case may be useful in other circumstances where a relationship breakdown leaves one party excluded from a business resulting in them being unable to complete their tax return or access funds to pay a tax liability.’