The Autumn Statement 2012 will be made by the Chancellor of the Exchequer, George Osborne, on 5 December at 12.30pm.

The Statement provides an update on the government's plans for the economy based on the latest forecasts from the Office for Budget Responsibility. These forecasts will be published alongside the Autumn Statement on 5 December.

Full details of the announcements will be available following the Chancellor's statement to parliament.

Alex Henderson, tax partner at PwC, said: 'The Autumn Statement will be a week later than last year, making it more of a winter statement. Given the fiscal situation we're unlikely to see any big Christmas giveaways.

'The Autumn Statement isn't a Budget but significant announcements are not uncommon. There is a lot of legislation currently under consultation and with the Finance Bill due early December, people are going to be watching what the Chancellor says closely. We hope the Chancellor will return to themes we've seen before such as making the UK an attractive place to do business and simplifying the tax system.' 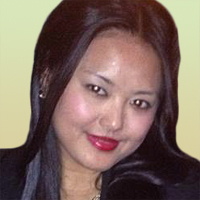 Sharon is a qualified solicitor of the Supreme Court of NSW, Australia and previously worked at Deloitte specialising in advising fi...