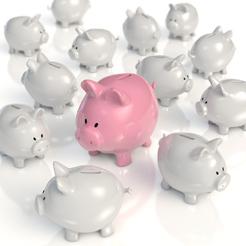 Auto enrolment is having a significant impact on levels of pension savings and tax relief, according to figures from HMRC which show record levels of savings, tax relief and of tax paid on pensions in payment

The number of individuals contributing to a personal pension increased to 10.3m in 2016-17, the highest level since these statistics began and higher than the nine million seen in 2015-16. This is almost double the number compared to the low of 5.3m pension savers recorded in 2011-12.

HMRC calculates gross pension tax relief in 2016-17 is projected to be £38.6bn, up from £38.5bn in 2015-16. The general rise is expected to be partly the result of the introduction of automatic enrolment, which has increased the number of individuals saving and thus the total amount saved into workplace pensions in recent years.

Reductions in the annual and lifetime pensions tax allowances were expected to be the main cause of the flattening cost of pensions tax relief between 2010-11 and 2014-15.

Individuals are allowed tax relief on contributions at their top marginal rate while they are earning. However, when in receipt of pension income it is quite possible that the individual has retired and now faces a lower marginal tax rate than they did in work.

Tax received by the government on pensions in payment in 2016-17 was £13.5bn, the highest level since these statistics began, and reflecting the general year on-year increase seen since 2009-10.

Contributions to personal pensions by employers and employees account for about 14 % of the total relief and contributions by the self employed a further 2%. The remainder of the cost of relief is relief on investment income.

Review of auto enrolment in 2017