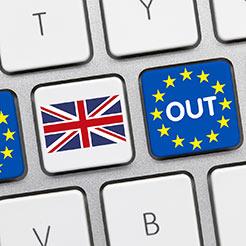 In the week that HMRC’s progress in developing the UK’s new customs declaration system (CDS) came under fire, a report from the European Court of Auditors (ECA) says implementation of customs IT systems in the EU has suffered from a series of delays, and some key elements will not be available for the 2020 deadline

The next programme will need to take on board the lessons learnt, say the auditors.

Modernising the customs union has been on the EU agenda since 2003, with new IT systems a critical factor, but ECA reports that 15 years later some of those systems are still not in place.

The European Commission set up the Customs 2020 programme to support modernisation of the Customs Union. The total budget amounts to €523m (£457m) over seven years, most of which is devoted to IT capacity building.

The ECA’s review found the systems had suffered a series of delays and deadlines had been gradually postponed. There is a further risk that the rescheduled deadlines will not be met either, warn the auditors, but instead extended even beyond 2025. The main factors behind the delays were: changing project scope, which increased complexity; insufficient resources allocated by the EU and member states; and a lengthy decision-making process due to the multi-layered governance structure.

Eva Lindström, the ECA member responsible for the report, said: ‘The digitalisation and modernisation of customs processes is key to the EU. It should help the EU operate as a major trading block, enhance economic activity and growth, and increase the safety and security of the EU citizens.

‘But this will not happen if IT deadlines are constantly being missed and extended.’

The auditors also noted that the European Commission did not report appropriately on delays. Programme objectives and reporting arrangements were not suitable for monitoring implementation, while reporting was not sufficiently transparent. Initial development was mostly decentralised and aimed at reducing the risk of non-delivery; but this came at the cost of decreased efficiency.

The EU is now discussing the next seven-year customs programme, which is supposed to start in 2021 with a proposed budget of €950m. With this in mind, the auditors have made a number of recommendations to the European Commission.

The ECA wants the Commission to gear the next customs programme explicitly towards IT implementation with precise and measurable objectives; improve time, resource and scope estimates for every IT project; facilitate cooperative IT development with, and between, member states; streamline governance by ensuring more efficient and swifter communication; and report in a timely and transparent manner on implementation and spending.

Special report no 26/2018: A series of delays in Customs IT systems: what went wrong? is here.