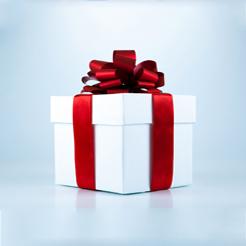 A 17th-century manor house and a Damien Hirst bronze sculpture were among cultural items accepted by the nation in exchange for tax breaks last year, with the total of £58.6m in tax settlements the highest ever

Arts Council England, which administers both schemes  on behalf of the Department for Digital, Culture, Media and Sport said 46 cases were settled last year, with £58.6m the highest figure gathered through the respective initiatives since their inception back in 2013.

Figures for the last twelve months show that the total tax settlement value received through the two schemes exceeded £30m for the first time. The number of items, too, was at a record.

Sir Nicholas Serota, chair of Arts Council England, said: ‘This past year has been record-breaking for the acceptance in lieu and cultural gifts schemes’, which he described as ‘two hugely important ways for exceptional works of art, objects, manuscripts and archives to enter public collections throughout the country – making a valuable contribution to local communities and enjoyed by millions.’

As well as Wretched War, a bronze sculpture depicting a pregnant woman by Damien Hirst, other donations included six archives including those of Labour politicians Tony Benn and Clement Attlee; two leaves from Charles Darwin’s autograph manuscript of On the Origin of the Species; a rare collection of Islamic ceramics from Gurgan, a city near the Caspian Sea destroyed by the Mongols in 1220-21; and an oil painting by Bernardo Bellotto, depicting Venice on Ascension Day.