Are businesses ready for the tax implications of a change of government?

With a December election approaching, James Ross, tax partner at McDermott Will & Emery, examines the financial and tax components of the party platforms and the impact and costs for businesses and individuals investing in the UK 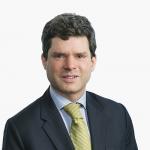 The 2019 general election will be held on Thursday, 12 December 2019, and while Brexit will be a main focus, there are other issues at hand, including a range of corporate and individual taxes.

Under a Conservative government

If the Tories win, we are likely to see a number of taxpayer-friendly measures for both individuals and businesses, as well as an increased likelihood of a hard Brexit - if not immediately, then after the end of the transitional period envisaged in the renegotiated Withdrawal Agreement.

Businesses may see a significant increase above £1m in the annual investment allowance (AIA) for certain capital items, along with cuts to corporation tax and business rates.

In the event of a hard Brexit, we can expect more aggressive tax cuts and more innovative measures, such as free ports.

Boris Johnson has previously committed to increasing the higher rate income tax threshold for individuals to £80,000, and increasing an employee’s national insurance contribution (NIC) thresholds to £12,500 – although both these changes would be expensive, so expect them to be phased in over time.

The Tory proposals, though light on detail, are likely to cost the Exchequer several billions of pounds and the free port idea has been criticised as providing opportunities for VAT fraud and money laundering.

In the meantime, the proposed digital services tax, which was originally scheduled to come into force on 1 April 2020, may well be abandoned as a quid pro quo in exchange for a favourable trade deal with the US in the event of a hard Brexit.

Under a Labour government

In contrast to the Tories, the Labour party have put forward comparatively detailed plans on taxation. A majority Labour government could be expected to bring in a series of measures designed to raise revenues to help improve public services.

For instance, it would raise the main rate of corporation tax to 26% over a three-year period, and would reintroduce a small profits rate of 21% for businesses with annual profits of less than £300,000.

Under a Liberal Democrat government

The Liberal Democrats, if elected, propose replacing the current system of UK corporation tax with a new ‘British business tax’ that would impose a 20% tax on all business earnings, regardless of the legal form or entity out of which the business operates. This would mean that sole traders, partnerships, companies and unincorporated associations would all be subject to the same tax regime.

The new business tax would be based on accounting profits with a minimal number of adjustments and would also allow a tax incentives cap of up to 50% of taxable profits, thus ensuring that profitable businesses would be taxed at minimum effective rates of at least 10%.

Where incentives are concerned, it would seek to scrap what it sees as overly generous patent box and entrepreneurs’ relief (ER), and replace them with new incentives that better support early stage businesses, although it has not spelled out exactly how these replacement reliefs would work.

Business rates and non-residential stamp duty would be replaced with a land value tax on business properties.

On the domestic front, the party proposes that profits be taxed according to the commercial reality of the transaction rather than the legal form (whatever that may mean), and is in favour of a revised permanent establishment (PE) concept to take account of online businesses operating in the UK.

It also intends to target profit-shifting out of the UK tax net, particularly through debt and royalties.

An outright Liberal Democrat victory is unlikely based on current polling figures, but a hung parliament, in which no party would have an overall majority seems very possible.

James Ross is a tax partner at McDermott Will & Emery