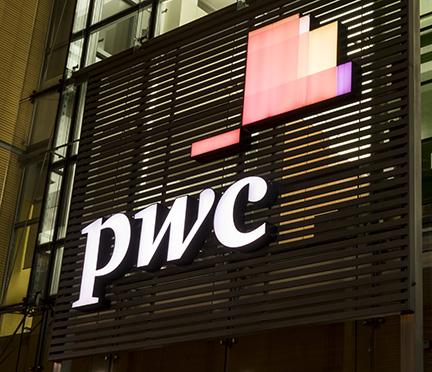 A third of the PwC audits reviewed by the Financial Reporting Council (FRC) in this year’s audit quality inspection (AQI) were judged to require improvement, with the level of challenge to management on cash flow forecasting highlighted as below expectations

The FRC reviewed 17 individual audits carried out by PwC, and this year assessed only 11 (65%) as requiring no more than limited improvements, down from 77% last year and compared with 82% in 2017/18, although changes in the number and risk profile of the audits assessed over this period means the regulator said historical comparisons need to be treated with care.

Of the 12 FTSE 350 audits reviewed in this cycle, only eight (67%) were judged to require no more than limited improvements.

The FRC said PwC had taken steps to address the key findings of its 2019 report, including increased resources and enhanced training, and had improved its audit of revenue which was previously highlighted as a cause for concern.

However, this year’s review identified recurring issues related to the challenge of management’s cash flow forecasts, primarily used in impairment reviews. The FRC also highlighted the need to increase the number and depth of in-flight reviews.

The review found the level of resources to perform in-flight reviews (which focus on the audit procedures) was behind plan at the end of 2019. In addition, the coverage and depth of the reviews (including FTSE 350 and other listed audits) was below some other similar sized firms.

The FRC said PwC should also enhance the challenge and supporting evidence in relation to the audit of long-term contracts, and the audit work performed for the valuation of certain pension, property and intangible assets. The firm was also judged to need to further improve group audit teams’ direction and supervision of component audit teams.

While PwC introduced its Programme to Enhance Audit Quality (PEAQ) in summer 2019, to improve audit quality, this is being phased in and the FRC said would not have had an impact on the audits reviewed in this inspection cycle.

The FRC stated: ‘The overall inspection results remain unsatisfactory and we expect the firm to take specific action to address this.

We will continue to review the progress of the firm’s PEAQ and plan to inspect a higher number of its audits proportionately in our 2020/21 cycle than at some other firms.’

Hemione Hudson, PwC’s head of audit, said: ‘We set high standards for our audit quality and are disappointed with these results, which we are committed to improving.

‘While the results relate to audits completed prior to the announcement of our three-year PEAQ in June 2019, they are an important reminder of the need for an unrelenting focus on audit quality.

‘We continually review how our audit practice operates and will introduce additional actions based on analysis of the findings to ensure we deliver consistently high quality audits.

‘We are pleased the FRC recognises improvements we have made following the launch of our PEAQ, and areas of good practice including the effective use of the firm’s internal specialists and experts, our work on challenge, culture and behaviours, and the development of our Chief Auditor Network.’

The FRC reviewed PwC’s auditing of impairment of goodwill and other assets (including retail stores), and the going concern assumption, on all audits where the audit team identified this as heightened audit risk.

In relation to impairment reviews for goodwill and other assets, on five audits, while the audit teams discussed the short-term cashflow assumptions with management, they did not adequately challenge or corroborate the extent of growth in the forecasts.

In addition, on some of these audits, the audit team did not sufficiently assess management’s historical cash flow forecasting accuracy (for example, limiting the assessment to one year) or the planned changes to the underlying business (such as cost reduction programs).

Regarding retail stores, on one audit where management had undertaken impairment reviews for individual stores, the audit team did not challenge the appropriateness of using a standard growth rate across all stores. The audit team also relied on store contribution reports for allocation purposes, without adequate testing of those reports. On another audit, the audit team did not adequately justify the allocation of a category of sales for the purposes of allocating future cash flows in the impairment reviews.

On one audit where going concern was identified as a significant risk, the audit team did not test the short-term cash flows in sufficient detail.

The FRC said: ‘The extent of challenge of cash flow forecast assumptions has also featured in past inspections. The firm has implemented a number of actions, including additional training and further guidance. However, in view of the recurring findings, the firm needs to provide a more robust response in this area.’

While the FRC reported improvements in this area compared with last year, the regulator continued to identify instances of insufficient audit team challenge or corroboration.

For recognised contract claims (receivables) on one audit, which required significant improvements, the audit team had not sufficiently challenged management’s explanations or obtained adequate corroborating evidence to support the extent of the recognised claims on a significant contract. In addition, the audit team did not challenge the adequacy of the financial statement disclosures for claims.

In relation to estimated future costs and margins, on three audits, there was inadequate testing or insufficient evidence of assessment of whether management had appropriately estimated costs to complete and profit margins.

The FRC raised a number of issues relating to the evidence of appropriate consideration or challenge of the valuation of pooled investment vehicles (PIV) pension assets and also some issues relating to property valuations and internally generated intangible assets.

In particular, there were recurring findings (on five audits) in relation to the valuation of PIV pension assets. In these cases, the audit team did not undertake an adequate assessment of the nature of the pension assets, including the extent of complexity and judgement required to value the pension assets, and therefore did not adequately identify the higher risk assets.

In addition, where audit teams relied on third party service organisation control reports in relation to custodians’ valuation controls as part of their audit procedures, they did not adequately assess the information reported on these controls.

On one audit, the group’s head office and all trading components were based overseas. The UK-based group audit team performed the oversight of the component audits, alongside an overseas PwC member firm. The UK partner and senior staff members did not spend sufficient time visiting the overseas components or make any visits to them after the year-end. In addition, there was insufficient evidence of their review of the component audit files, including on judgemental and complex areas.

On two other audits, there were specific areas of the audit where there was insufficient evidence that the group audit team had adequately assessed the work of the component auditors.

The FRC was also critical of some elements of its assessment of PwC’s firm-wide procedures, finding that it was unclear how or whether audit quality was taken into consideration in the staff appraisal and promotion processes, and saying the acceptance and continuance system used for high risk audits could be improved.