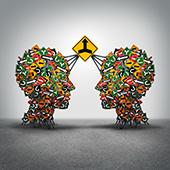 Accounting body ICAEW has joined the clamour for reform of the apprenticeship levy, which is complex and burdensome to apply for and administer for SMEs. Although the government pays 95% of apprenticeship training costs for businesses with turnover less than £3m, the complexities in accessing the funds are putting SMEs off applying, ICAEW said.

Introduced in April 2017, the levy applies to firms with annual pay bills in excess of £3m, taking 0.5% of an employer’s pay bill to put toward funding for new apprenticeships. The key objectives were to increase apprenticeship numbers and boost investment in workplace training, which was in a 20-year decline, but it has failed to achieve these goals.

Iain Wright, director for business and industrial strategy at ICAEW, said: ‘SMEs are more and more reluctant to run their own apprenticeship schemes due to the complexity of accessing levy funds and the lack of flexibility built into the scheme.

‘The SME sector has traditionally been a big recruiter of 16-18 year olds for apprenticeships, so this is a concerning development which could mean that talented young people are unable to access the skills and training they need to prosper in the workplace.’

Businesses in England with payrolls under £3m are not required to pay into the levy, and instead rely on leftover funding after larger employers have reclaimed their entitlement.

A recent report from the Association of Employment and Learning Providers (AELP) found that nearly one in four (24%) apprenticeship training providers had to turn away a prospective SME employer of apprentices over a lack of funding.

‘ICAEW calls on the government to simplify the levy and build greater flexibility into the apprenticeship programme to encourage more SMEs to take on apprentices. This will make it easier for businesses across all sectors to provide young people with the opportunity to learn while they earn or develop their skills on-the-job,’ added Wright.

The apprenticeship levy was introduced in 2017 as part of a government drive to train three million new apprentices in England by 2020. But it has not generated the level of apprenticeship training schemes originally envisaged by the government. As well as not boosting skills investment in most workplaces, the levy has meant employers have invested in fewer apprenticeships with starts falling from 509,400 in 2015/16 to 375,800 in 2017/18.

A Chartered Institute of Personnel and Development (CIPD) survey released in July showed that over half (58%) of levy payers believe the levy will either have no impact on the amount of money they spend on training (49%), or will actually lead to a reduction in training spend (9%).

John Aslam, founder of Fusion Chartered Accountants said: ‘All of our trainees study the ACA qualification on the Level 7 Accountancy Professional Apprenticeship. One of the main reasons for choosing this training route was that, in addition to the qualification, the apprenticeship gives students more structured training compared to the firm’s internal training.’

Young people can start training for a chartered accountancy qualification after finishing A Levels. For example, ICAEW’s Level 4 apprenticeship is an entry level role, designed specifically for school leavers looking for an alternative path to university.