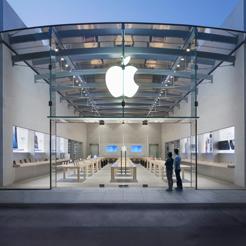 The Irish government has confirmed receipt of €14.3bn (£12.7bn) from Apple, marking full recovery of the disputed state aid offered to the tech giant, which the EU ruled was an illegal ‘sweetheart’ tax deal more than two years ago

The total is made up of the €13.1bn state aid plus EU interest of around €1.2bn. Initially Ireland said it did not intend to ask for the money back, as it disagreed with the EU ruling, but was subsequently ordered to do so.

Apple has been paying instalments into an escrow fund with the Irish government committing to recovering the full amount by the end of Q3 2018. The final payment was made in early September.

Paschal Donohoe, minister for finance and public expenditure and reform, said: ‘While the government fundamentally disagrees with the Commission’s analysis in the Apple state aid decision and is seeking an annulment of that decision in the European courts, as committed members of the EU, we have always confirmed that we would recover the alleged state aid.’

Donohoe said the payment will remain in the escrow fund with the proceeds being released only when there has been a final determination in the European courts over the validity of the Commission’s decision.

In October 2017, the European Commission announced the intention to launch infringement proceedings against Ireland over the recovery of the Apple money. The Irish government said it is now in discussions to have these proceedings withdrawn.

The Irish government has also made clear that it profoundly disagrees with the Commission’s analysis in the Apple state aid case. An appeal to the General Court of the European Union (GCEU), asking it to annul the decision has been granted priority status and is progressing through the various stages of private written proceedings.

It is at the discretion of the court to determine if there will be oral proceedings, either in public or in private. It will likely be several years before the matter is ultimately settled by the European courts.

After a two-year investigation, the Commission ruled that a tax deal struck between Ireland and Apple meant the tech company paid an effective corporate tax rate of 1% on its European profits in 2003, dropping to 0.005% in 2014.