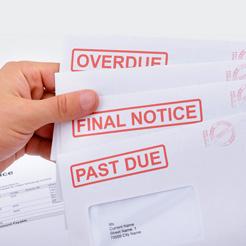 In Oliver Ralph Wincott and The Commissioners For Her Majesty's Revenue & Customs [2019] UKFTT 10 (TC), Wincott appealed against penalties totalling £3,100 imposed by HMRC for the late filing of self assessment tax returns for the years 2013-14 and 2014-15.

Wincott had been registered from 2010 as a self-employed labourer, working as a sub-contractor for a roofing company in Lincolnshire and submitting his self assessment returns on time. However, following a period of unemployment he secured a full-time job with a company in Lincoln.  In November 2013 he completed form P46 reporting his employment and entered his address in the provided space.

However, HMRC had issued a notice to file for 2013-14 to his previous address. Although it was forwarded on, Wincott assumed that as he was now employed he had no reason to file the self assessment. A further notice to file for 2014-15, issued on 6 April 2015, was not received. Thereafter HMRC was ‘on notice’ that he no longer resided at that address.

In July 2016 Wincott moved address before switching jobs, which required a change to his tax coding. He contacted HMRC to resolve the issue, informing them of his new address.

On being made aware of the penalties he faced, Wincott appealed to HMRC, but the appeal was dismissed. He pursued the appeal to the FTT, claiming that the £3,100 total was ‘totally out of proportion with the mistake I made in not updating HMRC with my address’ and that HMRC was aware that he did not receive the penalty notices, having known he had moved since 2015.

In considering the case, the FTT noted that FA 2009 gives provision for a penalty to be nullified if a ‘reasonable excuse’ can be given. Although there is no statutory definition of ‘reasonable excuse’, the tribunal considered the ‘common underlying concept of “reasonableness”’.

It followed, the FTT decided, that a reasonable excuse ‘may be described as an unexpected or unusual event, either unforeseeable or beyond the person’s control, which prevents him or her from complying with an obligation which otherwise they would have complied with’.

In moving to full-time employment the tribunal decided that Wincott ‘therefore assumed, not unreasonably, that HMRC were aware of his new address’. It also noted that for a newly employed person, ‘completing a P46 and advising their employer of their new address would lead them to believe that HMRC’s records, including the employee’s address, would be updated’.

It therefore permitted the appeal and dismissed the penalties.

Tax filing penalties when self assessment not required