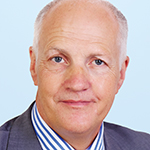 Alastair Kendrick is tax director at MHA MacIntyre Hudson, which he joined in 2011. Before moving into practice, he spent 20 years at the Inland Revenue as an inspector of taxes where he was involved in all aspects of tax compliance. He left the Inland Revenue in 1989 and spent 16 years at Big Four firms KPMG and EY. In 2009 he joined Mazars with joint responsibility for the employer compliance team.

He is considered a leading expert on all aspects of employment tax and is also heavily involved on company car taxation. Alastair advises employers on a wide range of issues from dealing with an employer compliance reviews to helping to introduce flexible benefit/salary sacrifice arrangements. He helps employers consider their company car policy and the level of any cash alternative on a uk and pan European basis.

He was part of the working party on the CIS (Construction Industry Scheme) and was recently involved in representing a number of clients on appeals over the loss of their gross status and for claims against contractors for tax when incorrectly applying for CIS. These appeals have been heard at the First Tier Tribunal.

Tax | IR35: upcoming changes to off payroll working in the public sector

| A question of status