AIM bounces back to pre-Covid highs 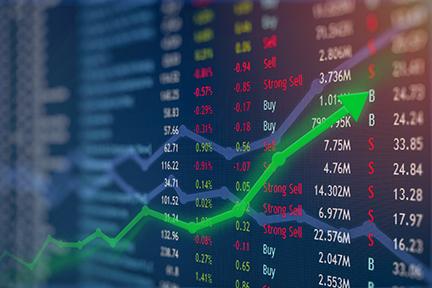 The Alternative Investment Market (AIM) all-share index has returned to its 2020 pre-Covid highs, outperforming the FTSE all-share index, according to BDO

The AIM all-share index closed last week at 978.19, surpassing the previous year-to-date high of 975.18 recorded on 20 February before the market plunged. In total, the index has recovered 66% since its 2020 low of 589.63 recorded on 18 March, just prior to the UK national lockdown.

Companies in the alternative energy, mining, leisure goods, pharma and retailing sectors have performed particularly well. The top three performers in the year to the end of September include pharma groups Novacyt SA (up 4123%) and Synairgen plc (up 2385%) and B2B music services company 7Digital Group plc (up 1036%).

The recovery in the AIM all-share index is in stark contrast to the FTSE all-share index, which is still down 21% versus its 2020 pre-Covid high of 4257.93 recorded on 17 January.

The latest figures for the first nine months of 2020 show that while new issues have been sparse, money raised from further issues has seen a 64% increase compared to the same period last year.

During the same nine-month period to the end of September, the total number of trades on AIM topped 12 million, already 19% above the full year figure for 2019, and the highest level since AIM launched 25 years ago.

Average daily trades also skyrocketed compared to previous years with the year-to-date figure of 63,747 being 58% above the level recorded for the full year in 2019. The high number of trades, and relatively lower value, is indicative of an increase in interest from retail investors.

Commenting on the performance of the junior market, Scott Knight, head of audit at BDO said: ‘AIM has proved to be remarkably resilient and adaptable in the face of the turbulence affecting global stock markets and its impressive recovery has helped cushion investors from the worst impacts of the downturn.

‘The market has also proved to be a vital source of finance to help companies weather the storm and put them in a stronger position for the recovery. AIM saw a surge in further issues between April and July as companies were managing the worst of the uncertainty, but this has subsided in Q3 as confidence has improved.

‘The number of IPOs so far this year has been low by historic standards, but we expect this to pick up in Q4 and into next year, although tighter Covid restrictions may affect timings.’

BDO audits the highest percentage (20%) of AIM-listed companies. The firm currently audits 167, one fifth of the 821 companies listed on AIM, with closest joint competitors Grant Thornton and PwC auditing 87 (11%).

‘AIM companies haven’t always been popular among investors, but recent improvements in reporting and corporate governance have helped drive confidence and promoted the market’s role as an essential venue for investors looking to deploy risk capital.’