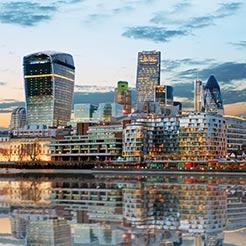 As the government sets out plans for extensive reform of the audit market, accountants and auditors react to the plans with calls for a fixed timetable and concerns about unintended consequences, possibly creating a two-tier audit market

Hywel Ball, EY UK chair, said: ‘The government is right to progress the key recommendations of the Brydon review. For audit to serve a broader set of stakeholders and keep pace with changing expectations, the scope of audit needs to be expanded and clarified on areas such as environmental, social and governance reporting, and fraud.

‘The introduction of a new regulator alongside tighter accountability for directors as part of a UK equivalent of the US Sarbanes Oxley framework is essential. While reform needs to remain proportionate for businesses in the current challenging environment, the experience in the US shows these changes can build long-term value, improve trust and resilience, and ultimately reduce the cost of capital. This value increase far outweighs the cost of additional regulation.

‘Having launched this consultation, it’s important the government maintains momentum on turning these proposals into reality. The profession is already taking its own steps towards reform, and the government’s reform package needs to be introduced in unison: a piecemeal approach will be less effective.’

The likelihood of expanding competition across the audit market is another area up for debate.

Kingsley Napley’s accounting advisory partner Julie Matheson, who specialises in regulation of accounting firms and accounting professionals, said: ‘On first glance, the desire for mid-tier accounting firms to work on large-listed PIE audits (either alongside the Big Four, or solo due to the proposed cap on the number of FTSE 350 audits the Big Four firms can carry out) may seem like a golden opportunity. However, we have already seen mid-tier firms moving away from the large PIE audit arena, given the intensive regulatory scrutiny the work brings. This begs the question as to whether these proposals will have the desired effect. My concern is that the fear of significant sanction and costs if anything goes wrong could dampen the enthusiasm of those mid-tier firms.

‘Mid-tier accounting firms in particular will really need to consider their strategy and resources in light of today's proposals and decide if they want to step-up to the plate in their ambitions or if they prefer to continue working on less high-profile audits. It may be that we see the emergence of a new Big Six or Big Eight expanded from the current Big Four, without there being a totally radical shake-up of competition in the market.’

The proposals should lead to a significant improvement in audit quality but there is a lack of clarity about how they will be applied to SMEs.

Paul Winrow, partner at MHA MacIntyre Hudson, said: ‘The core of the government’s proposals are undoubtedly positive for business and the audit profession. A greater emphasis on the role of directors and company boards, including the potential for the new regulator to have powers over directors, could bring about real change when taken together with enhanced requirements on auditors. The introduction of internal controls and risk management reporting and assurance could also lead to a significant improvement in governance.

‘However, a big concern is how the government’s proposals will affect all sectors of the economy. The focus of the reforms seems to be more skewed towards the larger PIE market, which is understandable. However, it is not clear how the proposals will apply to SMEs, the lifeblood of the British economy. It is a worry that either the reforms will be unnecessarily bureaucratic for smaller companies, or that the SME sector will fall behind in a two-tier system by not adopting some of the beneficial changes in the reforms.’

Being launched while the country is facing the dual challenges of Covid and Brexit, there are concerns that some of the measures will increase costs for businesses.

Kari McCormick, partner at Eversheds Sutherland and auditing and accountancy investigations specialist, said: ‘The government has been under increasing pressure to strengthen director accountability, improve the quality of auditing and make regulation more robust. However, they will also want to support UK business which is key to the build back better campaign.

‘It seems unlikely that business leaders, grappling with the challenges of Brexit and Covid-19, will welcome all of the proposals which undoubtedly increase the regulatory burden on companies and the costs of compliance. It will be important that the right balance is struck to ensure reliable financial reporting while supporting business recovery.’

While the reform proposals have been generally welcomed, there has been criticism.

John Harte, managing partner at Integrity Governance, said: ‘The consultation document on the UK’s audit regime does not go far enough. The fact that company directors will be personally liable for the accuracy of their financial statements and have ‘malus and clawback’ arrangements in director’s pay arrangements will only give more power to the big audit and consultancy firms. It will not stop vested interests from looking to sidestep accountability.

‘As far as I can see there’s very little in the consultation that provides assurance to shareholders that everything it okay – something audits were originally designed to deliver. Instead, the audit process will remain focused on protecting directors.’