Accountants in line for bigger share of Valentine’s spend 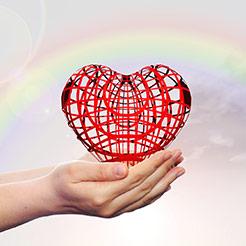 Half of UK adults will not be buying a gift or even a card for their loved one on Valentine’s Day, research from PwC shows, but the average spend on tokens of love is still expected to rise 12% to a £459m total in 14 February, with some of it heading the way of finance professionals after a separate survey by software provider Xero found Brits would rather date an accountant than a personal trainer

PwC’s survey of over 2,000 consumers about their Valentine’s Day intentions found 52% do not plan to buy a gift, while 48% are not even planning to buy a card.

For those who do decide to treat their partner to something, they are most likely to select small personal gifts such as handmade items (21%) even though more people hope to be wined and dined or whisked away, with 29% of people surveyed preferring a gift relating to travel or leisure.

Madeleine Thomson, retail and consumer leader at PwC, said: ‘For Valentine’s Day purchases, consumers do still seem to prefer the high street experience to shopping online. Our survey reveals that 49% of people who plan to buy something for Valentine’s Day plan to do so in store, compared to 30% on laptop or desktop.’

The survey findings show that nearly half (49%) of UK adults consider themselves to be romantic, with 18-34 year olds scoring themselves highest (53%). People living in the west Midlands believe they are the most romantic (56%), compared to only 43% of those in Scotland and the east of England.

Separately, Xero’s poll of 3,500 people found accountants ranked at number four on the list of desirable people to date, below medical staff, emergency 'workers and designers, but above personal fitness trainers, handymen or car salesman. It found that 83% and 77% of those interviewed dismissed the 'nerd” and 'introvert' stereotypes towards the profession, while the vast majority saw accountants as analytical (83%), intelligent (74%) and with strong business skills (53%).

Saying ‘I do’ to Valentine’s tax benefits

The tax efficient side of Valentine’s day