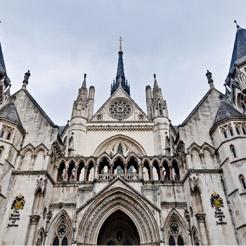 Leon Chan, 24, who holds a first-class degree and was at the time employed by Big Four accounting firm PwC, had a collection of 1700 ‘upskirt’ images on his phone.

A suspicious store detective was alerted to Chan during last year’s busy Christmas retail period as he loitered, with his phone in his hand, behind the woman who was bending over.

Chan, who lives in London, pleaded guilty to one count of outraging public decency, namely filming or attempting to film up the skirts of female members of the public on or before 1 January 2019.

Southwark Crown Court heard the charge related to 97 sample images of ‘upskirting’ found on his iPhone’s memory stick, but a total of approximately 1700 were on the device.

Chan graduated from Leeds University with a first class degree in economics.

On Friday he was sentenced to eight months imprisonment, suspended for two years and ordered to complete 100 days of the National Probation service’s Horizon programme for adult male sex offenders.

Chan must also complete 60 days of a probation-ordered recommended activity requirement and he was made subject to a five-year Sexual Harm Prevention Order, prohibiting him from ’upskirting’.

When caught by the store detective Chan handed over his phone and gave the PIN straight away, revealing his library of ‘upskirt’ images.

Chan claims his behaviour was limited to the festive period last year and the convictions makes him subject to professional disciplinary proceedings.

He said he was ‘embarrassed and ashamed’ when he had to tell his employers about his arrest and charge and couldn’t bring himself to talk about it over the phone.

When he was arrested he told the police officers: ‘I’m really sorry, I’m really stupid.’

Prosecutor Mr Malachy Packenham said at a previous hearing: ‘To say there is no harm I disagree with. If women wearing skirts have a fear or trepidation that men near them may use devices to record them then that will have an impact on society.

‘Courts when they sentence reflect the errors of society and the fact these women did not know what he was doing does not go in his favour at all.

‘If the harm was non-existent it wouldn’t be a criminal offence would it?’

PwC has declined to comment on the matter, as Chan was dismissed from the Big Four firm earlier in the year.