AAT: ‘accounting qualifications are open to all regardless of exam results’ 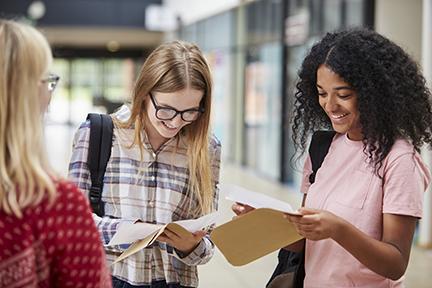 With coronavirus, predicted grades and algorithms having led to chaos for some A-level students, AAT (Association of Accounting Technicians) is calling on school leavers to consider a career in finance – whatever their results

As GCSE results are published today, official results show that the pass rate in England increased from 70% to 79%, with a sharp rise in English and maths.

AAT is urging anyone receiving results and thinking about their post-school options to consider taking vocational qualifications, such as through an apprenticeship scheme, as an alternative to university.

In a year when the Covid-19 pandemic has been problematic both for how university places are offered and how the ‘university experience’ can operate, apprenticeships offer a debt-free route to employment, and the opportunity to ‘earn while you learn’.

Accountancy – a profession open for all

Accountancy has arguably been one of the most stereotyped professions. In order to be successful as a professional accountant or bookkeeper, you are often perceived to be a ‘white, middle-class man in [a] sensible suit, sitting in stuffy offices poring over ledgers’, an image AAT acknowledged a few years back with ‘Colin: a new kind of superhero’ – a spoof YouTube video which played up to the stereotype.

In addition, suggestions that accountancy has a male bias appear to be unfounded. Approximately two-thirds of AAT’s 130,000 worldwide members are female, while a significant number of students and members are from BAME backgrounds.

The perception of sitting in a ‘stuffy office’ as an accountant is also something of a misnomer. With technology taking away much of the number-crunching, accountants are increasingly acting in a consultancy role, using real-time data to advise clients of their current financial position and producing more accurate future forecasts.

Rob Alder, head of business development at AAT, said: ‘AAT’s accounting qualifications are open to all regardless of exam results, background or age.

‘Many of the courses can be studied at home either through a variety of online teaching resources, increasingly combined with a blended delivery with classrooms that are being re-opened with social distancing in place.

‘And a finance qualification can help you reach the top of almost any profession. Over half of CEOs at the leading FTSE 100 companies have a financial background, while the CEO of the Financial Reporting Council, Sir Jon Thompson, began his career by taking AAT qualifications.

FTSE 100 companies have a financial background