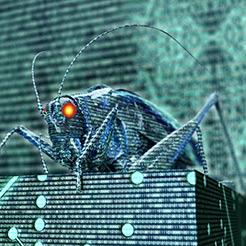 Significant numbers of accountants’ clients are still struggling to prepare for the advent of Making Tax Digital for VAT, which is now only six months away, according to the Association of Accounting Technicians (AAT)

The AAT said members are ‘edging towards’ being fully Making Tax Digital compliant but it is concerned about how ready many of their clients will be ready as HMRC’s flagship scheme moves to being just six months away.

As of 1 April 2019, businesses with VAT-able turnover over the current VAT mandatory registration threshold of £85,000 will be required to maintain digital records for VAT purposes only, and to file Making Tax Digital compliant VAT returns.

Those businesses below the threshold can continue to keep their records before and to submit VAT returns using HMRC’s on filing product, but they can also voluntarily register for Making Tax Digital for VAT. Other taxes, including income tax, will not be mandated until April 2020 at the earliest.

The AAT say that 63% of its surveyed members are confident they will be fully prepared for the Making Tax Digital for VAT launch next April. Some 31% say their practice is already fully prepared, to the extent that they feel ready to join HMRC’s pilot which is opening up into the public beta phase during October.

Brian Palmer, tax policy expert for AAT, said: ‘From where we were two years ago, these results represent a huge step change with regards to many accounting technicians being proactive and preparing themselves well for Making Tax Digital.

‘However, while those in the accounting world itself are doing everything to be fully compliant, there are still concerns as to whether the message about what needs to be done in preparation is truly filtering through to clients – especially those in smaller businesses.

‘With AAT Accountants and Bookkeepers looking after the needs of some half a million businesses, there’s a role professionals can play in ensuring they are not still receiving loose paper receipts from Easter onwards.’

The AAT also say that their members are close to finalising their choices for software providers to help deliver their Making Tax Digital compliant approach from next year, with more than one in two (51%) believing their decision has already been made. 27% of members told us they have already chosen, while a further 24% are confident that their existing software is already capable of filing clients’ VAT returns.

Another 14% say they are likely to stick with their existing provider, though they are not sure whether or not they will be offering Making Tax Digital compliant software, while 5% are close to making a decision. However, 30% say they have no idea which provider they will use.

‘Currently there are more than 50 software providers that already have recognised compliant software. This is some way short of the 150 providers who have said they will provide software that HMRC first suggested, but from my conversations with the department, I understand they remain wholly confident in adding to their current figures. However, accounting firms really can’t wait that much longer if they are to test the system in full,’ said Palmer.