25% of companies missing out on patent tax relief 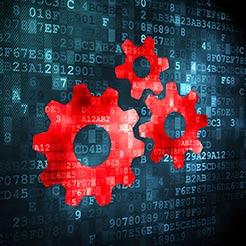 Research by tax specialist Catax indicates that one quarter of businesses are unaware that they are eligible to claim tax relief under the Patent Box scheme, which provides corporation tax relief to innovators

The Patent Box enables companies to apply a lower rate of Corporation Tax to profits earned after 1 April 2013 from its patented inventions, with the lower rate of Corporation Tax being 10%. Companies can only utilise the Patent Box if they are liable for corporation tax and make a profit from exploiting patented inventions. They are also required to own or exclusively license-in the patents (owning the rights to ‘develop, exploit and defend rights in the patented invention’) and must have undertaken ‘qualifying development’ of the patent - either creating or contributing to the creation of the invention, or significantly developing the invention or its applications.

Catax CEO, Mark Tighe, commented on the findings, saying: ‘The Patent Box was introduced to reward innovation and encourage the development of new patented inventions in the UK, but it will never have the desired effect if the majority of businesses do not even know it exists.

‘The government needs to work harder to communicate such initiatives more widely among the business community if it wants to see innovation really take centre stage.

‘There are also the thousands of businesses that have successfully applied for patents that are not then applying for this tax relief. A glance at the figures is enough to show us that these businesses are missing out on millions of pounds.

‘Redirected back to company funds, this money could be reinvested in fuelling further development, enterprise and innovation, all of which is what we need to ensure a future flourishing economy.’