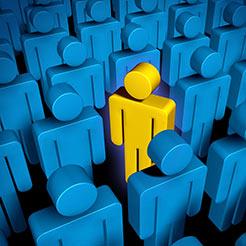 There are just six ethnic minority directors in the position of chair or CEO in the FTSE 100 and nine in the FTSE 250, while over a third of FTSE 100 companies do not have any BAME board memebers

The latest update from the Parker review on board diversity also shows that there has been little improvement at FTSE 250 companies where two thirds do not have any ethnic minority representation on their boards.

In 2017 the Parker review committee, commissioned by the government to consult on the ethnic diversity of UK boards, set a target for all FTSE 100 boards to have at least one BAME director by 2021, and by 2024 for FTSE 250 boards.

However, the latest update, published in association with EY and the Department for Business, Energy & Industrial Strategy (BEIS), shows this is likely to prove challenging.

The latest data reveals that, since the 2017 Review, 11 more FTSE 100 companies now have an ethnic minority director on their board.

Sir John Parker, chairman of the Parker review committee, said: ‘Although progress has been made to increase the representation of ethnic minorities on FTSE boards in the UK, there is still much more work to be done to reap the undeniable benefits that diverse leadership provides.

‘Ethnic diversity needs to be given the same level of board room focus that finally led to increasing female representation on boards, which has seen real progress in recent years.

‘Action is needed to bring about long-term change.’

The 2020 review also provides first time analysis of FTSE 250 boards, which shows 69% (119 out of 173 companies) have no ethnic diversity on their boards. Across the FTSE 350, 59% have no ethnic representation on their company boards (150 out of 256 companies analysed).

Looking at specific leadership roles across the companies surveyed for this year’s report, just six ethnic minority directors hold the position of Chair or CEO in the FTSE 100 and nine in the FTSE 250.

Arun Batra, EY partner, CEO of the national equality standard and adviser to the Parker review said: ‘We recognise that meaningful change takes times, but the data tells us that the current pace of change is not quick enough to meet the targets set by the review.

‘Businesses need to continue to challenge traditional ways of working and legacy issues, and really investigate the talent that they have available in their business.

‘The recommendations in the review include setting diversity targets, disclosing diversity metrics and progress, and identifying targeted programmes and initiatives that can help high-performing BME individuals reach board level.’

The 2020 report includes additional recommendations to promote change, focused on measuring board level diversity and helping to build a pipeline of board-ready candidates.

Research from the Financial Reporting Council (FRC), which was included in the report, showed that over half of FTSE 250 companies (52%) fail to mention ethnicity in their board diversity policy, and most of the FTSE 350 do not set measurable ethnicity targets.

Just 14% of FTSE 100 companies set measurable objectives for board ethnic diversity, while for FTSE 250 companies the figure drops to 2%. Even where objectives have been set, no FTSE 350 companies report progress against them.

To address this failing, the FRC says it expects much improved reporting by companies under the new UK corporate governance code which promotes diversity in appointments and succession plans, including ethnic diversity.

The research, undertaken by Cranfield University’s School of Management, found that whilst 11% of FTSE 100 and 4% of FTSE 250 companies plan to increase ethnic diversity in the succession pipeline, most focus on general progression rather than specifically focusing on senior management.

Only 21 of the FTSE 100 companies specified ethnicity in director succession planning.

Sir Jon Thompson, CEO of the FRC said: ‘The UK’s record on boardroom ethnicity is poor. It is unacceptable that talented people are being excluded from succession and leadership simply because companies are failing to put in place appropriate policies on boardroom ethnicity, are not setting targets or are not monitoring their progress against policies.

‘A more diverse boardroom leads to better business outcomes, which is why the UK corporate governance code, and now the UK stewardship code, requires companies and investors to promote diversity and inclusion. We will monitor closely how companies report on their policies or explain their lack of progress, in this area.’

Separately research from Company Matters, part of Link Group, indicates that the FTSE Small Cap 100 and Alternative Investment Market are falling behind their larger peers when it comes to diversity on boards.

Its research showed in these markets, ethnic diversity is severely lagging, as 96% of directors are white, and 80% of boards are all-white.

In addition, just 15% of directors in the Alternative Investment Market UK 50 are women, and more than a third (36%) of them have all-male boards. Only one FTSE SMC 100 CEO is a woman.

In the Small Cap market, more than half of companies have only a basic or boilerplate reporting on diversity, and nearly one in six companies do not have or do not describe a clear approach to board diversity. In the Alternative Investment Market 50, 42% have no mention of diversity and only nine companies explicitly state that they have a diversity policy.